5 things to say when an interviewer asks about your weaknesses 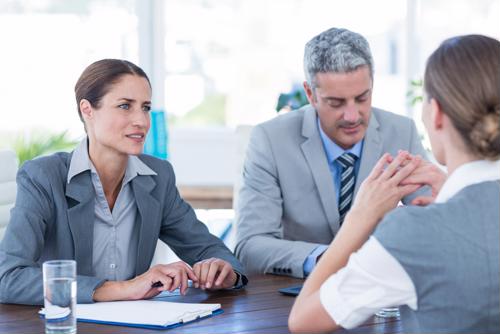 "What do you think are is your biggest weakness?"

That's one of the classic questions you may envision in a hypothetical job interview, and it's tricky to answer. You don't want to say something overly positive, and you don't want to say something that casts you in a negative light either. As such, you're trying to strike that Goldilocks just-right balance between a legitimate self-criticism and a response that makes you look like you're being too defensive.

The following may be some good options:

This is an answer that shows you are more than willing to take on work, but that's occasionally to your own detriment, according to Indeed. This answer will show that you're a team player, probably to a fault, without being as trite as saying, "Sometimes I actually work too hard." It also helps set expectations within the organization if you are hired, because they may do more to make sure you can manage your workload.

It's very rare that a candidate comes into a job perfectly suited to every aspect of it, and you shouldn't try to hide that fact, Indeed added. If you have a skill you know you need to further hone, being forthright about that can help you not only answer this question in a satisfactory way, but also establish a path for further professional development within the company.

3) "I struggle with delegating responsibility."

Especially if you have limited experience in leadership positions, noting that you aren't necessarily expert at distributing your work to others as necessary can be a good fault to highlight, according to Hubspot. Much like not being able to say "no" enough, it's not really a big negative issue, but it is one you need to overcome so you can work as effectively as possible. Companies want you to be at your best on an ongoing basis, and if you're taking on too much, that's not to anyone's benefit.

This is a skill many people struggle with, or even have a fear of, and if you would be expected to speak up in a meeting, it might be a relatively small issue, Hubspot said. Obviously, if you are applying for a position where you would have to do public speaking on a regular basis, this is one you shouldn't mention, but otherwise this is a response that any hiring manager is going to understand and sympathize with on some level.

5) "I can be too direct/indirect with my feedback."

Depending on the role, another good weakness to highlight is when you're asked to provide feedback for supervisors or coworkers and don't always strike that just-right balance, according to Big Interview. That's something you can easily work on over time, and if you are interviewing for a management role, it might be something the company actually has processes to address in the first place.