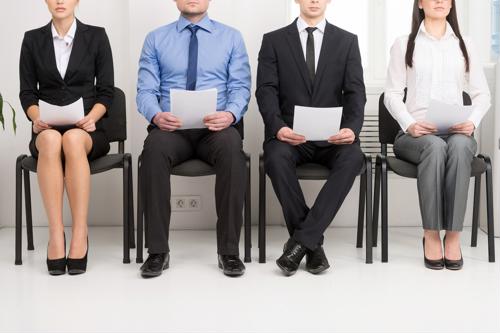 Especially these days, when you have a job opening available, you're likely to attract a large number of highly qualified candidates. Often, you can whittle the list of applicants down to a handful who are worth interviewing, but what happens when you come to a final decision and just can't choose between two exceptional options?

There are a few things you can do to make the choice a little easier, including the following:

Even when you're choosing between two candidates who work well on paper, there's more to a candidate than just their qualifications, according to The Muse. If there are a lot of similarities here, you might want to think about a professional's stated preferences for working environment and culture, because that kind of extra fit could be the difference between a great hire and the perfect one.

2) Think about the role itself

Along similar lines, if two people seem to be more or less equally qualified, you might want to pick the one whose personality or job experience is just a little more uniquely suited to the job itself, The Muse added. Here, even a slight variance in what they bring to the table could be the differentiating factor, and help make your choice just a little easier.

3) Figure out which one seemed more enthusiastic

While you are likely to encounter plenty of get-up-and-go in both of your final two candidates, there may be one who seemed a little bit more excited to start on the job given their unique professional interests, according to Business.com. That extra enthusiasm could lead the candidate you hire to work harder and pursue their goals with added vigor.

If you have specific qualities you're trying to get from your chosen candidate, it might be good to follow up with their references and other professionals in your network who might know the candidates, according to the Job Network. That way, you can drill down on those particular concerns and potentially uncover a factor that makes your decision for you, and allows you to hire with confidence.

Finally, if you come to the end of these various steps and you still can't figure out which one is "more perfect," you can potentially either hire both of them for similar roles right away, or file one away for another opportunity that could open up in the near future, the Job Network said. This is always a great option to keep in your back pocket when you can, because that way you don't have to drag out the hiring process and you end up with two new hires you can be confident in.

Of course, this might require you to go into the hiring process with such an outcome in mind, and that might alter everything you're looking for, but it's better to know in advance rather than trying to figure out the logistics of such a decision in the middle of a candidate search.