8 tips to deal with employees who leave work early 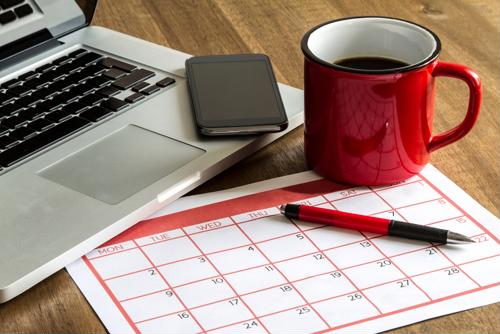 No matter what industry your company is in, you need to be able to count on your employees to be there when you expect them to be. However, you may occasionally have to deal with people who leave early on a consistent basis.

In some situations, that may not be a big deal, but if you find that checking out early is a persistent issue, the following steps could help you deal with the problem:

Any employee leaving 15, 20 even 60 minutes early on occasion probably isn't a real problem as long as there's a reason, but when it's persistent, you need to document the issue, according to Fairy God Boss. Collect all the data you can to truly understand how frequent the problem arises, and potentially what problems it's causing.

Once you know where this issue is arising, when it happens and what impact it's having on a team or the whole business, it's time to talk to the person in question, Fairy God Boss noted. It doesn't have to be a highly formalized conversation, but it should touch on what's going on and how all involved are being affected.

3) Come up with a better approach, if needed

In some cases, you may have an employee whose reason for leaving early is perfectly valid and if it's not affecting others, then you might not need to take further action, Fairy God Boss said. But if a change is required, working with the employee in question to find a workable solution with more flexibility can be a great idea.

4) Use a uniform approach

With that having been said, though, you don't want to end up in a situation where there's a confusing patchwork of attendance-related rules that apply to multiple employees, according to The Muse. Instead, you should build some of the basic tenets of how you approach this issue universally, and then provide some extra wiggle room as needed on a case-by-case basis.

5) Check in on occasion

Once a plan is established, it will be important to circle back and look at how the new arrangement is working out, The Muse warned. If you've corrected it, then there's nothing more to worry about. If not, other steps may need to be taken.

6) Consider whether it's that big of a deal moving forward

In most workplaces, everyone tends to do better when there's flexibility around scheduling, including arriving and leaving to work, according to Lemonly. Think about whether your current attendance rules are putting your employees in a position to succeed and remain happy in their jobs.

7) Think about changing your policies

Along similar lines, you might want to consider whether becoming more flexible around this issue — even if it's only for certain times of year — is actually going to help your organization, Lemonly advised. Some employees may feel they're being squeezed by the schedule, but when they have more discretion, that won't be the case.

Whenever you consider changing policies, it's helpful to take a top-down view of the problem, Lemonly further recommended. Here, collecting data on tardiness (how persistent it is, who's behind it, what its impact has been) and analyzing it regularly will do a world of good.