Temporary staffing in 2022: the stats and what they mean 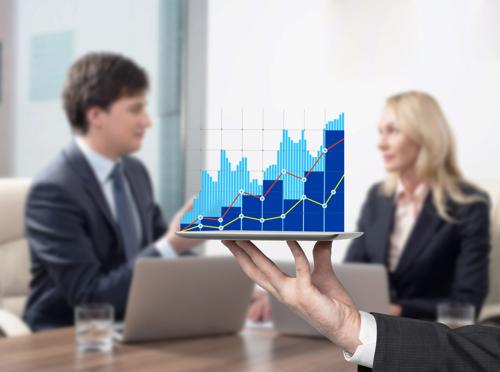 The so-called "gig economy" has boomed over the last several years. Rising numbers of workers are opting for temporary work such as freelancing or employment with fixed-date or short-term contracts instead of traditional 9-5 full-time permanent positions.

According to Tech Target, this trend has a plethora causational factors, most notably the ability to work remotely. Technology has not only made it possible to work off-site, but also to find jobs online as opposed to physically scouting out vacancies.

In particular, the COVID-19 pandemic proved to both employees and employers alike that many (if not most) jobs don't require workers to be on-site and that set and unwavering business hours aren't necessary to maintain high levels of productivity. Working from home has allowed employees to enjoy a greater work-life balance which is also contributing to the mass migration toward temporary work which, by its nature, is extremely flexible. It's also more profitable for employees and a wide portfolio of clients — as opposed to only a handful of long-term employers — is becoming more favored on job applicants' CVs.

Further, the Great Resignation and its consequent global labor shortage as well as increased consumer demand has meant that business leaders are increasingly looking toward gig work as a viable alternative to indefinite employment. Hiring temporary workers allows organizations to fill positions as and when needed without the hassle of lengthy onboarding processes and high training costs.

Temporary work seems to be a win-win for everyone. Let's explore the statistics and their implications for employers:

Per the Organisation for Economic Co-operation and Development (OECD), temporary workers currently constitute roughly 4% of the American workforce. According to Ibis World, the number of temporary workers has grown by almost 15% between 2020 and 2021.

Effects on staffing and employment

Temporary staffing agencies are expected to grow tremendously in size (and favor with employers) due to workers' increasing preference for flexible work. It's estimated that this sector will have expanded by over 2.5% by the end of this year.

Given the miscellany of benefits of temporary work for employers, it's predicted that increasing numbers of organizations will turn toward hiring temporary workers not only as a short-term solution to staffing shortages, but also as a sustainable hiring strategy for years to come. Thus, temporary staffing agencies can, with reasonable certainty, await to become the new norm for many hiring managers.