How often do hourly employees expect a pay increase? 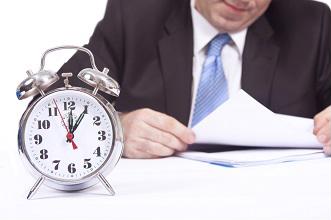 Consider your last raise. When did it happen? Was it based off merit? Perhaps tenure? The most important question to consider, however, is whether it felt significant and if it came when expected. Workers easily grow weary of waiting for raises when they're deserving of them, and it's enough to make them start looking elsewhere; somewhere where they'll feel appreciated through higher wages, resulting in a more comfortable lifestyle.

Nearly 19,500 employees were surveyed for the 2022 Voice of the Blue-Collar Worker survey. In this report, workers answered what's most important to them in a job, how often they expect a pay increase, what earns their loyalty as an employee, and more.

According to the survey, consistent pay increases are now the second-most-important factor employees consider in a job (only following schedule).

So how often do employees expect a pay increase? The highest percentage, 43%, answered "Based on performance, attendance, and quality." Maybe it doesn't need to be on an exact timeline for these people, but it's motivating to know that if they put in effort, show up on time, and produce good work, that they'll be rewarded for that (with more than a pat on the back!).

Following that, 28% answered "Every year," and 24% answered "Every six months." For some people, they want to know when they should look forward to earning more. Their loyalty is worth the extra pay, and they believe the longer they stay with you, the more they should make.

The least frequent answer was "When I have a new skill," which 5% of people selected. These people believe that as they learn and bring different abilities to work, they should be compensated for those skills.

The good news is, the survey showed that the number of people earning higher hourly rates has gone up since 2021, and those earning lower rates have decreased. In addition, in May the U.S. Department of Labor reported wages were up 5.2% year over year.

So why does pay rate seem to be so important when compared to years past? Aside from the obvious reasons, like the appeal of having more money in your pocket to do the things you want, inflation continues to climb and ultimately affects how far that pay goes. There's a higher pressure on workers to earn than in years past. Food, vehicles, energy prices, and goods are all growing increasingly more expensive, according to Forbes. As the price of living continues to rise, workers are left scrambling to afford what previously fit in their budgets. So although wages are up overall, they're still not high enough to keep up.

As a business owner or hiring manager, consider a regular raise schedule that employees performing well can look forward to. And when someone is exceptional, consider a bump in pay there, too. A greats way to implement this is regular performance reviews where raises are possible, this provides a set schedule and includes the incentive to produce quality work.