This is how much it costs to replace an employee 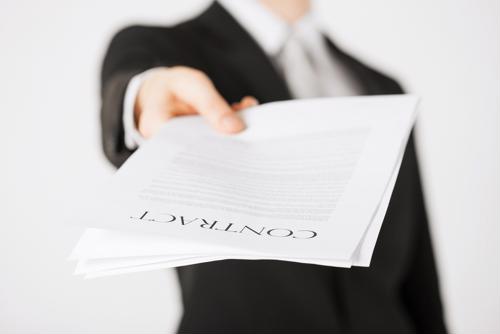 Not only is employee turnover a headache to deal with, it's not cheap! On a country-wide level, turnover costs businesses $1 trillion, according to Gallup. That's no small chunk of change.

On an individual level, the Society for Human Resource Management (SHRM) reported it costs a company 6 to 9 months of an employee's salary to replace them, on average. As an example, a $60,000 per year salaried employee would cost $30,000 - $45,000 in recruiting and training costs.

Similarly, Gallup reports that the cost of replacing an employee can cost anywhere from one half to two times their annual salary.

So where do these numbers come from? What contributes to the massive costs of losing an employee and replacing them with someone new?

The costs noted earlier were based on both recruiting and training. When a position needs to be filled, there are costs associated with that process. This includes potentially advertising the position, hiring a recruiter or using the time of a recruiter with the company, time and wages spent reviewing candidates as well as interviewing, and time spent by other employees who are taking on the work of the person who left. In addition, once the recruiter or hiring manager does find the perfect person (which can be no easy task), there is the cost of onboarding. In most careers and businesses, an employee doesn't hit the ground running on day one. It can be six months to a year before they can work completely independently. So once they're on their own and functioning at a high level, you'll want to keep them as long as you can.

While there are obvious losses, there are also the intangibles. For example, high turnover can have an effect on team morale. If everyone around you seems to be leaving, you'll start to question your own position. Is there a better opportunity elsewhere?

There is also the loss at an individual level. You presumably hired that person because they have talent, good ideas, and can solve problems. Losing great employees can have an effect on the overall operations of your business.

Then of course, there are those who leave on bad terms. Often, unhappy employees who are leaving because of negative circumstances or a dispute, will leave negative reviews or do what they can to tarnish the name of the business. There's lost value in this, too, and could get to potential future employees and even customers who will have a bad taste in their mouth.

If you're looking for more specifics as far as numbers, you can find a turnover cost calculation spreadsheet through SHRM. This can be used to determine the total cost of turnover per employee.

Hopefully high turnover isn't something you need to worry about, and with action it can be corrected. Employers should keep this in mind and work to reduce turnover, for the sake of both employees and the company's bottom line.